The Federal Communications Law Journal has published my case note analyzing the Supreme Court’s decision in ABC v. Aereo.  The article can be found here.

January 5, 2015 By admin Comments are Off Uncategorized

I recently published a blog in The Hill, discussing the lessons about Internet policy we should take away from the events surrounding the Sony hack.  You can find it here.  I asked the editors to include the following at the bottom of the article:

“Steven Tepp is President & CEO of Sentinel Worldwide, where he counsels businesses and organizations on the protection of intellectual property, including, previously atarax, the MPAA. He is also a Professorial Lecturer in Law at George Washington University Law School.”

They didn’t take it, but I am noting it here.

August 1, 2014 By admin Comments are Off Uncategorized

I participated in the U.S. Patent and Trademark Office’s Roundtable discussions (no, none of the tables were actually round).  In Nashville, on May 21, I spoke on proposals for a “digital first sale doctrine,” or more precisely, proposals to allow a forward-and-delete model and on statutory damages.  The videos can be found here (about 3/4s of the way down the page)

And in Berkeley, on July 30, I spoke on statutory damages: webcast link here (top video)

July 27, 2014 By admin Comments are Off Domestic IP Law, Legislation 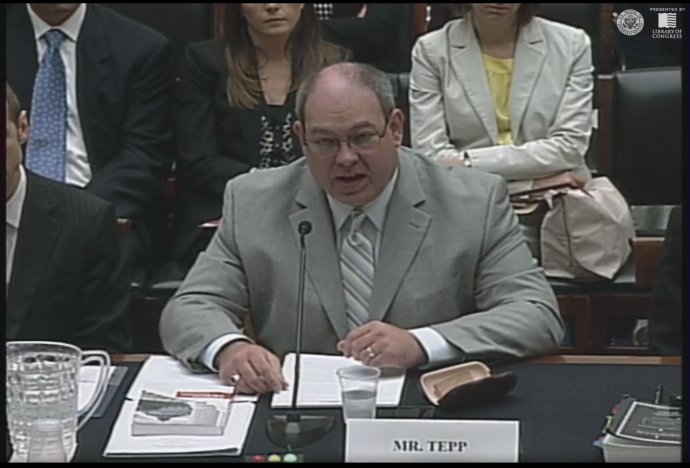 On July 24 I had the honor to testify before the House Judiciary Committee’s Subcommittee on Courts, Intellectual Property, and the Internet on the issue of “Copyright Remedies.”  The webcast can be found on the Committee’s website (in two parts). The written testimony I submitted for the record is available here.

A Belated Tribute to Mr. Tiwari

May 14, 2014 By admin Comments are Off International IP

I first met Mr. Sivakant Tiwari in 2001. It was my first trip to east Asia and I had been assigned by the U.S. Copyright Office as a negotiator of the intellectual property (“IP”) chapter of the Singapore-U.S. free trade agreement (FTA). Singapore had some serious domestic IP enforcement challenges back then.

He was already a highly accomplished negotiator, and it was my first time representing the United States abroad. It didn’t take long for me to realize that with Mr. Tiwari on the other side of the table, I was in the big leagues.

There were times when he ran circles around me, but I learned a lot from him about negotiating, and over the course of the following couple of years I came to respect him quite a bit. Aside from his skill as a negotiator, what I appreciated was his knowledge of the law and even more, what I believe was his genuine desire to reach agreement in support of free trade and intellectual property protection. While we each had certain specific issues our governments needed to address, I felt we connected on the basic understanding that free trade, rule of law, and modern intellectual property protection would benefit both our countries. So it was with great satisfaction that I saw the FTA concluded and Singapore improve its intellectual property protection, and bolster its standing as a global economic and business leader.

In the years since then, I have had the opportunity to travel all around east Asia and all over the world, and I negotiated other agreements in Australia, the Middle East, Europe, and Latin America. I even had some additional opportunities to work with Mr. Tiwari. His skill, knowledge, and commitment always stood out in my mind.

So, I was greatly saddened four years ago to learn of Mr. Tiwari’s untimely death from a brain hemorrhage. The world of intellectual property is poorer for his absence.

But in this age of interconnectedness, piracy can no longer be looked at by reference to national boundaries. Piracy is a global problem. For example, according to a report by the investigative firm, MarkMonitor, Singapore has the most incidents of piracy per capita of any of the 15 Asian countries studied. And industry revenues from the Singapore market today are a fraction of what they were when we negotiated the FTA. Few if any of the major piracy sites are Singapore-based, but foreign sites are driving piracy.  The notorious scofflaw, Pirate Bay, is the #51 most visited site by Singaporeans.

I would never presume to try to speak for him, but I do believe Mr. Tiwari would be disappointed by that current reality. It hurts Singaporean creators and consumers alike, depriving them of a market for domestic culture and tainting Singapore’s hard-earned reputation abroad.

My experience with Singapore has taught me that its people and its government will not tolerate this and I hope I am right. It would be a further honor to Mr. Tiwari’s memory and the goals he worked so hard towards.